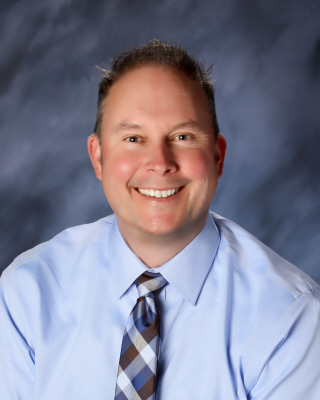 We are pleased to announce that Tim Haines has been named the new Executive Director of Human Resources and Student Services for Lakewood School District. He will begin his position this summer.

Haines has worked in Lake Stevens School District since 2001. First hired as an elementary teacher, he later moved to Sunnycrest Elementary School where he served as Principal for 11 years. Most recently, Haines served as the Principal of Cavelero Mid High School.

During his time in Lake Stevens, Tim implemented a one-to-one Chromebook pilot to enhance and personalize student learning. This model was eventually adopted by the Lake Stevens School District. Additionally, Haines was a member of the District’s Equity Team, served on several negotiating teams, and implemented targeted, tiered interventions to support at-risk freshmen and increase on-time graduation. In 2018, Haines was named the regional Elementary Principal of the Year for Snohomish County.

Superintendent Scott Peacock said, “It was clear how respected Haines is by his colleagues at Lake Stevens. We look forward to working with him as he transitions to our district.”

In accordance with RCW49.60, the Lakewood School District does not discriminate in employment and schools. The Lakewood School District provides Equal Educational and Employment Opportunity without regard to race, creed, color, national origin, sex, handicap/disability, sexual orientation including gender expression or identity, creed, religion, age, veteran or military status, use of a trained dog to guide or service animal by a person with a disability, and provides equal access to the Boy Scouts and designated youth groups. The district complies with all applicable state and federal laws and regulations to include, but not limited to, Title IX, Title VI of the Civil Rights Acts, Section 504 of the Rehabilitation Act, RCW 49.60 “The Law Against Discrimination,” and RCW 28A.640 “Sex Equity,” and covers, but is not limited to, all district programs, courses, activities, including extracurricular activities, services, access to facilities, etc. Inquiries regarding compliance procedures should be directed to Lakewood School District, 17110 16th Drive NE, Marysville, WA 98271, Attention: Title IX and Civil Rights Officer, Timothy Haines, 360-652-4500, thaines@lwsd.wednet.edu or ADA Compliance Officer and Section 504 Compliance Officer, Amie Verellen-Grubbs, 360-652-4500, averellen-grubbs@lwsd.wednet.edu.
Copyright © 2002-2022 Blackboard, Inc. All rights reserved.